Maurice Scully, A Tour of the Lattice 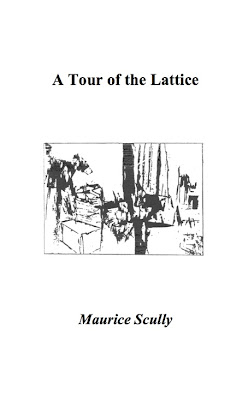 Veer Books has published a selection of Maurice Scully’s work titled A Tour of the Lattice (Veer Publication 039, ISBN: 978-1-907088-30-8), excerpting portions of Scully’s gigantic poem Things That Happen. I like the book’s spare black-and-white design, and the listing of Veer’s catalogue which comprises the last few pages is a good introduction to this British press which I was not heretofore familiar with. (Scully is, of course, Irish.) Veer describes itself as “publish[ing] a range of unconforming writing in poetry and poetics, including some texts that other publishers might view as experimental.” It looks like it would be worth checking out more of their list in the future.

But, to Scully’s work: Most readers of this blog will know that I’m something of a Scully fan, having written about him many times now. So in a similar spirit to this new “selected” volume, what follows are excerpts from my previous engagements with Scully, which have appeared in a variety of different venues, arranged in the order of the work as it comes in A Tour of the Lattice.

On “Adherence” and “Steps”:

Scully has been called a “Heraclitean” poet, and this description is not off the mark. The ancient Greek pre-Socratic philosopher Heraclitus is probably best known for his aphorism “All things are in flux,” and Scully’s world is indeed a constant flux — he has been said by Robert Archambeau to write “out of an aversion to the idea of the poem as closed system.” Vast and ambitious, his work is composed of long, ongoing sequences… While his is a huge undertaking, there nonetheless remains the sense in Scully’s work of a singular consciousness, the only possible unifying factor available in such a sprawling corpus. From section C of “Adherence”:

A fly cleaning itself precisely
by the window in the sunlight
forelegs back (rest) head eyes
shadows wings brittle-quick & quite
like writing really. Out there. That.

These lines do not truly attempt to convey an image of a fly in itself. Instead they observe a mind observing a fly, and it is from such a fundamental shift that much of Scully’s poetry proceeds.

There is with Scully too an overt critique of the received tradition. For example, a stanza from “Steps”:

PASTORAL
Valleys, villages, coastline. A map
of a stain on the wall. Alive & living,
not a crammed glasshouse of pistillate
verba. Grass bends back. The book
is fat, contains code. The world,
the water planet. The code contained in
this thing in the world, the book, changes
the things, the world....

By retaining a rural subject matter this is a pastoral poem, technically — but a poem that explodes the Heaneyan lyric from the inside. It is only in the consciousness of writing (“the code,” “the book”) that transformation is possible, not in a fossilised way of life or in a represented landscape. In this sense Scully can loosely be called postmodern, the self-reflexivity of the writing being a characteristic of postmodernism. Yet Scully’s work remains utterly vigorous, highly autobiographical, and fully situated in the material world. It is work, in fact, which examines the minutiae of the world (and the human comprehension of it) much more deeply than the romanticising action of the traditional lyric poem can allow. [from Avant-Post: The Avant-Garde under “Post-” Conditions, ed. Louis Armand]

“Tig” opens with an image of a butterfly migration, an “immense blizzard of wings,” but Scully, as always, wants to get under the surface of the image. It is not only the beautiful forms and colours one sees, but also “...light exuding // over the visible / light intruding...” and there is a comment on the evolution of insect wings, and a rectangle representing a window, “rain on glass to the side of yr face...” Then comes what is more or less the [section]’s central (and recurring) image, a leaf falling from a tree … again seen from a windowpane, a windowpane that is the lens through which the poet sees, at a remove:

The window implies a house behind it, which is a central concern here too. A couple of sections have the title “A Place to Stay”: a space where one lives, or from where to engage with the wider world, as in a society, how one approaches society from one’s own space. In Munster Irish, the word tig means “house.” The themes are simple, but the actual process may be complex. The section “Backyard” gives us a crisp picture, “on still pools oakleaf / folded in a muddy crevice” and wonders, “are we just / photographs talking...?” Life is “one elong- / ated crisis (with / modulations)....”

But it is the modulations that are of crucial importance here, otherwise why put pen to paper, fingers to keyboard. The falling leaves suggest age; there is an oblique reference or two to death. And modulations in writing. The best thing about Scully, for me, at the moment, is his style, which he’s really honed at this point. It’s got clarity and precision, even the way it looks on the page is made for particular effect, the use of certain marks, and the occasional use of the Irish language and Gaelic literary tradition totally makes it.... Book two opens (nearly) with an observation: “essentially a poem is a flat surface covered in part by groupings of twenty-six quite well-known symbols.” Later an ironic joke:

All that these able writers have said on language has been challenging, provocative, & generally very helpful.

And that’s where it starts to get really good, I mean really turned up a notch. All the images from the first half of the book are reconstituted, repeated, cut up in a sustained burst of energy, like watching a fireworks display, which keeps getting more and more spectacular till the end. [from Fortnight]

Archambeau places particular emphasis on Maurice Scully’s Heraclitean world-view, quoting him as saying, in a paraphrase of the ancient Greek philosopher, “There is nothing static in the world.” Even seemingly impervious stone yields to a vine plant in “Prelude”’s “The Pillar & the Vine”:

the tendril travelling
& the leaf with it
hacks at the

Most of this piece is written in three-line stanzas, except in two places where the lines break up in disorder, serving to shake the reader out of pattern-induced complacency. “Stone” exhibits an even stronger sense of intentional randomness. “Prelude” is the first book of the five-book Livelihood. Judging by the extract of Book III which appeared in Metre 5 a while back, Livelihood becomes more personal — autobiographical even — than its Book I. Like most of the Wild Honey poets, Scully prefers to work on an epic scale, not only in reflection of the complexity of life, but also, as Archambeau says, “out of an aversion to the idea of the poem as closed system.” [from The Burning Bush]
Posted by Mike Begnal at 10:54 PM 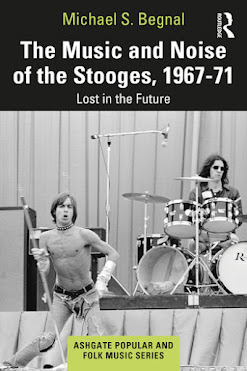 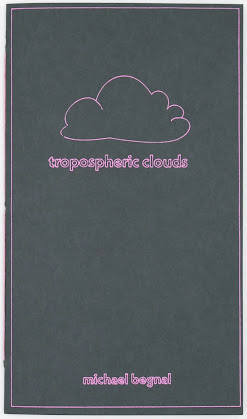 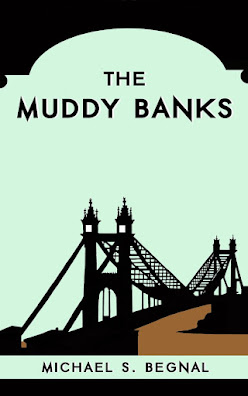 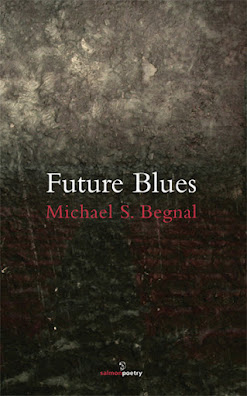 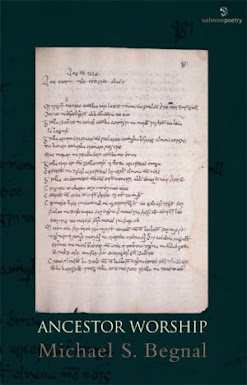 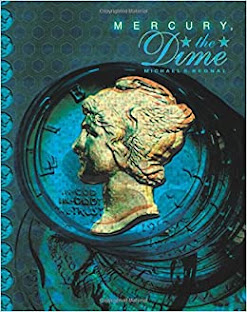 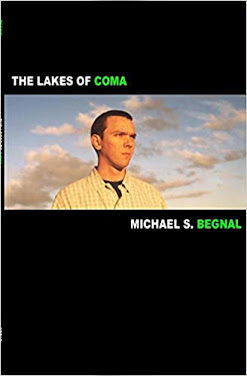 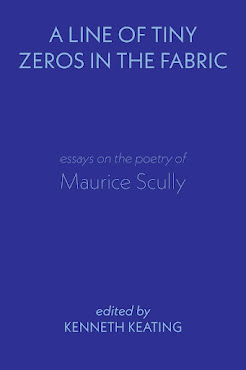 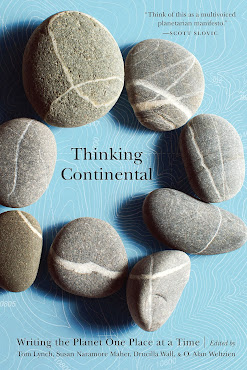 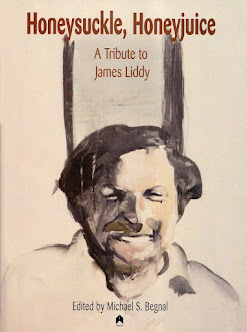 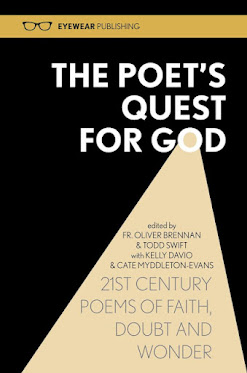 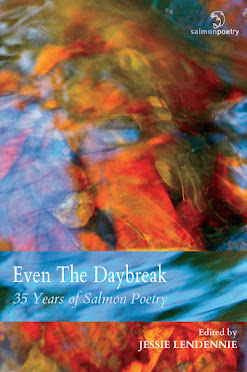 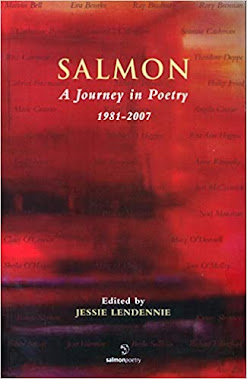 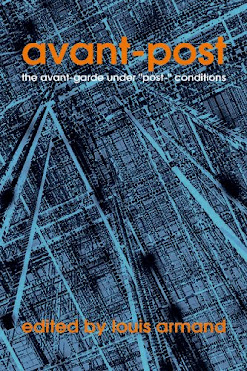 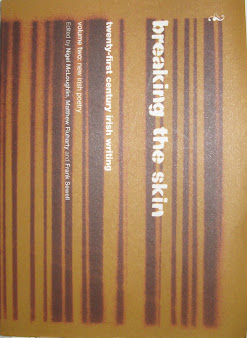 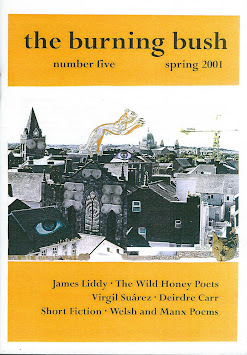 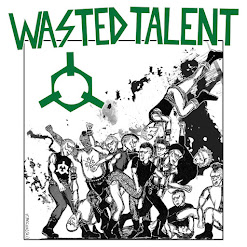