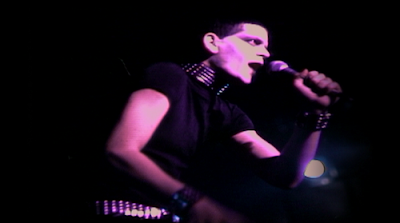 Lou Reed died today (October 27, 2013). His art — his music and writing — has meant a great deal to me and influenced me as a person and a poet in innumerable ways. He was possibly the greatest songwriter of our time, at least in a certain vein, and his influence cannot even be fully measured yet — it goes on.

Below I give a section of my poem “Homage to Allen Kirkpatrick” (published in last year’s Future Blues) which responds to the work of underground New York filmmaker Kirkpatrick. The latter’s Adrenalin Devours the Blood includes footage of Lou from the 1974 or ’75 era, and so references to these make their way into the poem.

It’s all I can offer at present.

Adrenalin Devours the Blood:
the filmmaker holds up (again) the mirror to himself
reads yesterday’s paper
and the news may not be good
(a drinking contest left two friends dead),
Manhattan approached
with dread along the surface of the river

silhouetted against the color cathode test signal
the filmmaker examines strips of his film,
x-rays of the salacious/
the blind beggar solicits change

the black hooker beautiful mounds of flesh
to strains of “Angel Baby” breasts hang
projected in shadow then lumined and brown
“it’s just like heaven, being here with you”
Allen visible in the hotel room mirror
just as I am visible in the writing of the poem
combs her hair in the mirror angel baby
as he films holding camera 16mm,
yes let us see the mechanics,
“ooh-hoo I love you” coarse black pubic hair

graffiti subway train cars
running up the screen 3-D style
SCAT   CODE   THE DR. J   JET   CHEF   FAT
have got up too in spray-paint

Here is Reed’s “Kill Your Sons,” referenced in the poem:

And here is another of Reed’s greatest works:

Josef Kaplan’s Kill List, which has recently sparked a bit of controversy, is designed to make a point. Because a list of names coupled with economic statuses (limited to “rich” or “comfortable”) certainly isn’t a stylistic masterpiece. Joyelle McSweeney gives a reading that is appreciative of the poem’s formal strategies, and I can go along with it it, but on the other hand, once you come up with the concept, it’s a matter of copying and pasting, and there you go. It’s a conceptual poem — it is what it is in that regard.

But on the level of meaning, such as that is, is the notion that poets too are imbricated in the capitalist system in which we all live really so shocking? This should be obvious. Given the perplexed reaction to this book from some quarters, however, maybe it isn’t obvious for everybody. So, point taken; it’s a good reminder.

What defines “rich” or “comfortable,” though?  Clearly, Kaplan’s judgments are arbitrary. And what about the poets who truly are “poor” or “struggling”? — because they certainly exist too.  They are not on a kill list; only the relatively well-off are — the author thus positions himself as anti-bourgeois. So it’s not about poets per se so much as it is about class. Kaplan seems on one level to suggest that the middle and upper classes deserve to be offed. Obviously, this is tongue in cheek — he doesn’t literally believe this — and so there is a degree of parody of class warfare being iterated here, and probably a comment on “kill lists” in general, with reference to covert government operations in a time of war (something McSweeney also notes).

So, poets are part of the system, just like everybody is. And in the bigger picture, our conceptions of class and empire need to be continually questioned. Got it. Here’s the thing, though. You would think that anybody on this “list,” as affable and accepting and willing to take a joke as he or she may be, or as willing to be fodder for a valid rhetorical point, etc. — you would think that any person is going to resent being on a “kill list,” no matter how conceptual or satiric it’s supposed to be. I’m not on it of course, as I’m not on Kaplan’s radar, which is fine with me. But speaking as a living human being, I think anyone on anybody’s kill list, real or fake, is probably going to think, “Fuck You.”
Posted by Mike Begnal at 11:53 PM No comments: 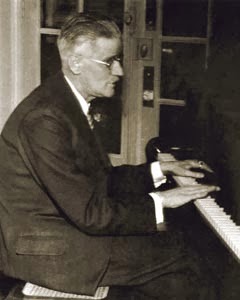 The Japanese James Joyce scholar Tatsuo Hamada has published a book on Finnegans Wake, titled How/Why/What to Read Finnegans Wake? (Abiko Literary Press, 2013, ISBN 9784900763098), partly based on selections from his now-defunct journal The Abiko Annual. The book includes a short interview with myself and work by many other, much more substantial Joyceans. An idiosyncratic but quite worthwhile book. Track it down if you can. Here is Abiko Literary Press’s website: http://www7.ocn.ne.jp/~hce/
Posted by Mike Begnal at 11:45 PM No comments: