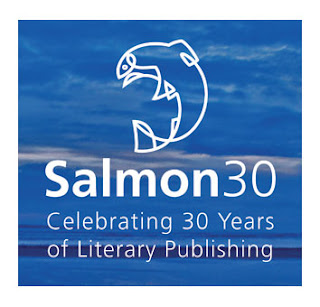 My publisher Salmon Poetry is holding a raffle. The prize is of all Salmon’s 2011 titles, signed by the authors. The draw will take place at Salmon’s 30th Anniversary Celebratory Event at the Unitarian Church, Dublin, on 1st November 2011. This is an opportunity to add considerably to your literary bookshelf with some great titles (it is a pretty good prize, I think — 31 books) and to support Salmon Poetry at the same time. 5 tickets for €5, 12 tickets for €10. For further info, including the list of books to be won, and to order tickets, please go here.
Posted by Mike Begnal at 5:26 PM No comments: 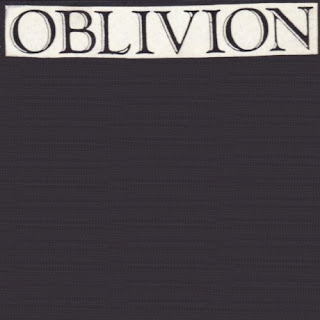 Oblivion is a band I was in in Philadelphia from 1984-86, playing drums. The other members of the original lineup were Steve Lukshides on guitar, Marc Fernich on bass, and Todd Cote on vocals. Lukshides had previously played in YDI, and Fernich had been in Kremlin Korps, while Cote was a fanzine editor and a well-known figure in the Philly hardcore scene. My claim to fame was having been in the band Wasted Talent. Oblivion quickly came to prominence in Philly, playing a lot of shows and beginning to record. These recording were never released at the time, but two songs are now available to download from Amazon here (for cheap, and the sound quality is very good).

Cote left the band in 1985 and was replaced by another well-known figure in the Philly scene, Dave Wynter, while a second guitarist, Fil Černý, was added to the lineup. Fil was originally primarily a metal guitarist, and, as a lot of post-hardcore bands at the time were doing, we had added something of a metal sound to the basic feel of punk rock. The recording sessions were finished with the new lineup, and there was some discussion with a well-known West Coast independent record label about doing an album, which all fell through due to an unfortunate set of circumstances.

By the term “post-hardcore” I do not mean that Oblivion had anything in common with the lame Warped Tour type of bands who are often described by that term today, but simply mean to say that we were coming out of the original hardcore punk scene while attempting to do something just a little bit different from it musically. The primary influence, though, was always punk, and I would say that we took some cues from bands like YDI, Ruin, Black Flag, the Stooges, and Motörhead. Oblivion finally ended in late 1986. (Incidentally, a few other bands have used the name Oblivion, either by itself or as part of their name, but I think that we, the Philly band from ’84 to ’86, were the first.)

Below is a video from Oblivion’s first show with our second lineup in October 1985, introduced by roadie and friend of the band Lou Perfidio, who used to announce us as being “from Kensington” (the Philly neighborhood where he and Fil lived and we practiced for a while). Oblivion is the first band in the segment:

Posted by Mike Begnal at 6:03 PM No comments: